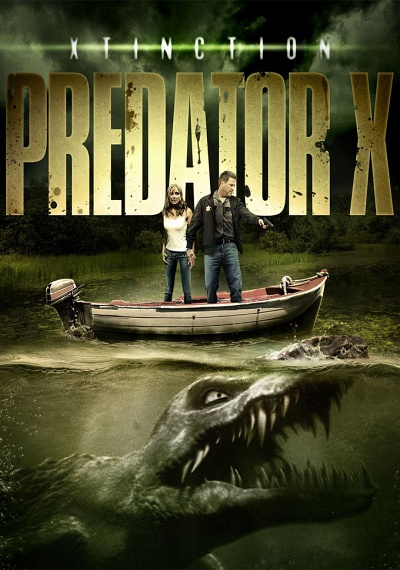 When her father goes missing, Laura LeCrois is forced to return home after a 20-year hiatus. Her father is in major debt with the bank, her ex-boyfriend is the town sheriff, and her ex-husband has quit his job as a world-renowned professor who is now suspiciously buying up swampland in the area. Laura decides to work the dying family business giving boat tours of the Louisiana swamp. But on her first sunset tour, Laura and her passengers witness two men toss a squirming body into a gator pit, only the gators aren't the ones that feast on the flesh. Instead it's the most terrifying creature Laura has ever seen...a cloned Pliosaur dinosaur! An early ancestor of the alligator and called the "T-Rex of the ocean", Alligator X is nearly 50 ft long, has giant, razor sharp teeth and is lightning fast in the water. Now, lost in the Louisiana wetlands, Laura must save her tour from a prehistoric predator that is supposed to be extinct!