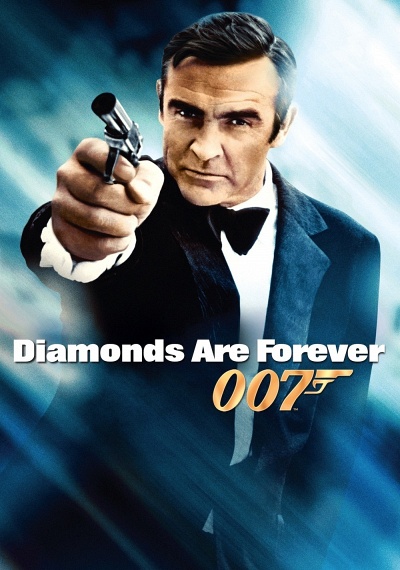 When large shipments of uncut diamonds begin disappearing during transit and then fail to reappear on the international market, the British government suspects that there is something going on besides diamond smuggling, and James Bond is called in to investigate. With the help of beautiful smuggler Tiffany Case, 007 traces the crimes to Las Vegas and reclusive billionaire Willard Whyte ….but the casino itself, the center of the smuggling, actually belongs to Bond archnemesis Ernst Blofeld. Blofeld is stockpiling the gems to build a massive satellite-based laser capable of destroying huge tracts of land, with which he will ransom the world's governments. In order to stop him, Bond must face offbeat assassins Mr. Wint and Mr. Kidd, as well as Bambi and Thumper--two scantily-clad beauties who are more than a match for Bond in hand-to-hand combat.