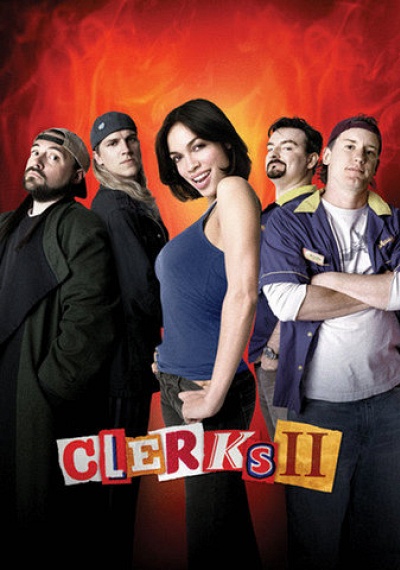 Ten years ago best friends Dante Hicks and Randal Graves were New Jersey mini-mall clerks still slacking off together in their early 20s. Now, Kevin Smith checks back in to see what kind of changes have rocked their lives -- in work, romance and their eternally raucous life philosophy. What he discovers is that never before have so many still done so little while having so much fun doing it. Now working in the fast-food universe, Dante and Randal have managed to maintain, and even hone, their in-your-face attitudes with vulgarities and unbridled love of screwing with the customers. But they're also faced with such shocking new prospects as marriage, leaving Jersey and finding real careers. Smith pushes his nothing-is-sacred humor right to the edge and then takes a leap as Dante and Randal invade the world of Mooby's fast food restaurant, where the slogan is "I'm Eating It." Behind the counter, where the only other employees are an uber-nerd and an entirely too sexy manager, Dante and Randal are free to offend anybody and everybody who so much as orders fries in their inimitably irreverent way. But, even as riotous debates rage between them over such burning matters as George Lucas v. Peter Jackson v. Jesus, change is on the horizon. When Dante announces that he's going to leave Jersey forever and marry Emma Bunting, Randal plots a going-away party so shocking it will draw the police, the fire department and potential protests from PETA, while altering their lives forever.