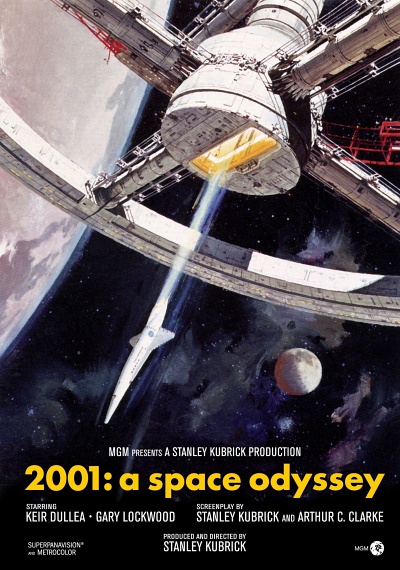 A pair of astronauts heads to Jupiter to investigate a radio signal sent from a mysterious monolith on the moon, but their tranquil trip is endangered when their on-board computer begins acting oddly. The simple plot of director Stanley Kubrick's inspired space adventure (co-scripted with noted science fiction author Arthur C. Clarke) belies the profound philosophical implications of this classic film, which inspires viewers to ask questions about the nature of advanced civilizations . . . and of human consciousness. Nearly half a century after its release, the film's groundbreaking special effects are still breathtaking, and its ending still mind-bending.