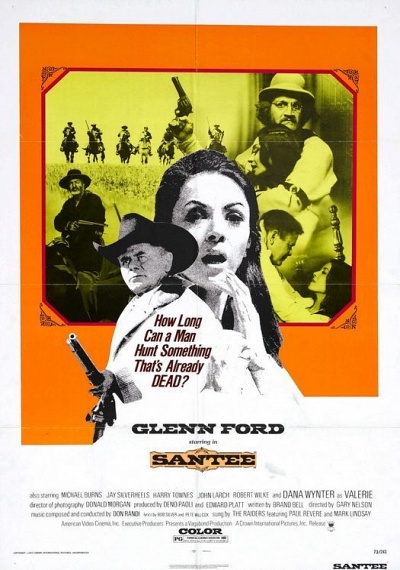 Jody Deakes joins up with his father after many years, just to discover that his dad is part of an outlaw gang on the run from a relentless bounty hunter named Santee. Jody is orphaned soon after Santee catches up to the gang, and follows Santee in hopes of taking vengeance for his father's death. Instead, however, Jody discovers that Santee is a good and loving man, tormented by the death of his young son at the hands of another outlaw gang. Santee and his wife take Jody in and a father and son relationship begins to grow. Then the gang that shot Santee's son shows up. The film was produced by Edward Platt of Get Smart fame. It was one of the first motion pictures to be shot electronically on videotape and then transferred to film.