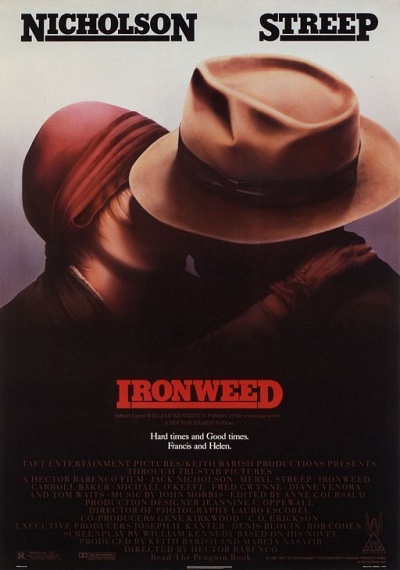 Albany, New York, Halloween, 1938. Francis Phelan and Helen Archer are bums, back in their birth city. She was a singer on the radio, he a major league pitcher. Death surrounds them: she's sick, a pal has cancer, he digs graves at the cemetery and visits the grave of his infant son whom he dropped; visions of his past haunt him, including ghosts of two men he killed. That night, out drinking, Helen tries to sing at a bar. Next day, Fran visits his wife and children and meets a grandson. He could stay, but decides it's not for him. Helen gets their things out of storage and finds a hotel. Amidst their mistakes and dereliction, the film explores their code of fairness and loyalty.