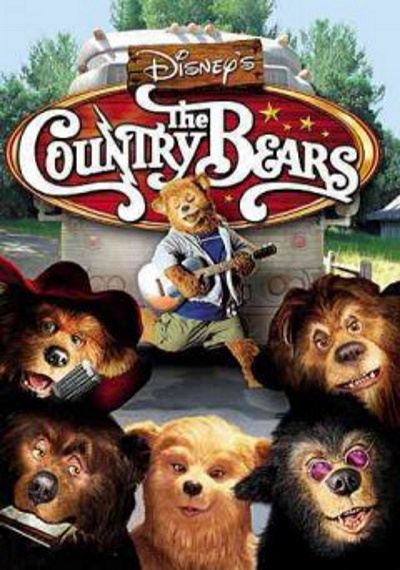 Like so many other bands of their era and stature, the members of the legendary group The Country Bears were torn apart by the perils of their own success: ego, women, jealousy, and a little too much honey. In the 1970s The Country Bears - brothers Ted and Fred Bedderhead, Tennessee O'Neal, and Zeb Zoober - pioneered a unique southern rock sound that still influences music today. After ten years of separation and unfulfilling existences, the band has now reunited to film their first major motion picture. "The Country Bears" is the story of a band reuniting to save their birthplace. A greedy banker (Christopher Walken) is about to foreclose on the historic country bear hall - unless the group's one-time manager Henry Dixon Taylor and eager young fan Beary Barrinson can convince the bitter ex-members of the rock band to put aside their differences and perform a benefit concert to save the musical venue.