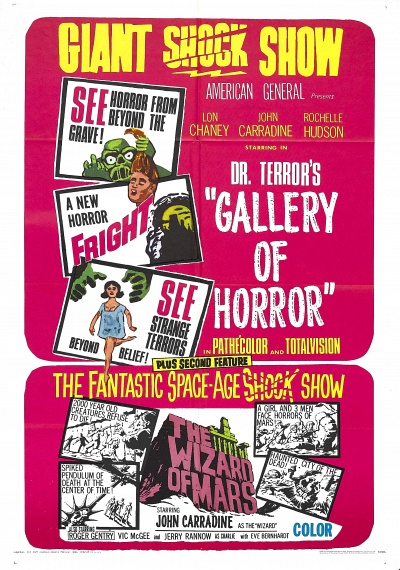 John Carradine narrates five horror tales, each with a comically predictable surprise ending. In the first, "The Witches Clock", The Farrells have purchased an old mansion in Salem Massachusetts, and are warned by the town doctor of the history of witches in the community. The second story, "King of the Vampires" deals with a slight-figured killer, called the King of the Vampires by Scotland Yard. The third, "Monster Raid," is about a man turned zombie when he OD's on his experimental drug. "Spark of Life" deals with a doctor Mendell obsessed with the experiments of a thrown-out professor named Erich von Frankenstein. "Count Alucard" is a variation on the Dracula story, with the Count acquiring the deed to Carfax Abbey from Harker, as vampiresses and dead bodies start turning up.