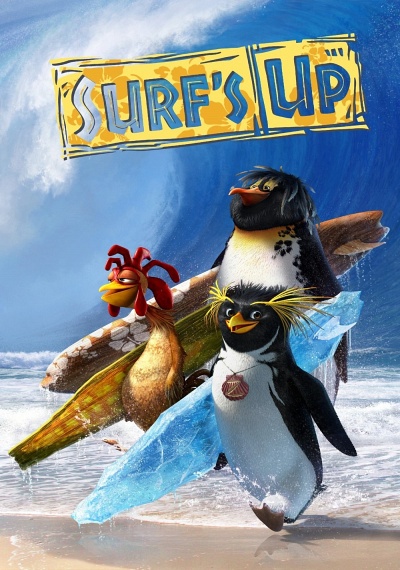 Surf's Up is an animated feature that goes behind the scenes of the high-octane world of competitive penguin surfing. The film profiles Cody Maverick, an up-and-coming surfer as he enters his first pro competition. Inspired by his hero, a legendary wave rider named Big Z, Cody leaves his family and his town of Shiverpool, Antarctica to travel to Pen Gu Island for the Big Z Memorial Surf Off. Cody believes that winning will bring him the admiration and respect he desires. But when he unexpectedly comes face to face with a washed up old surfer named The Geek, Cody begins to understand that the greatest champion isn?t always the one who comes in first.