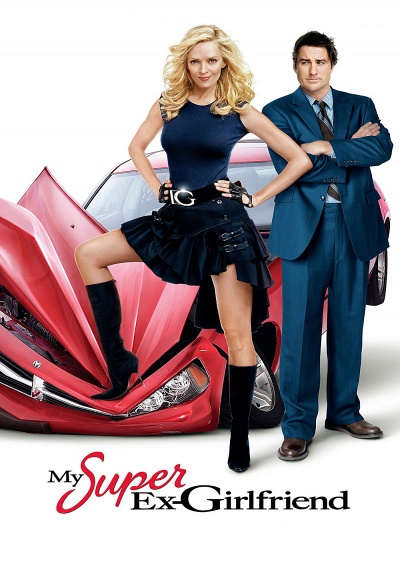 Breaking up is hard to do, but sometimes it can be downright dangerous! In the Ivan Reitman comedy My Super Ex-Girlfriend, Matt Saunders (Luke Wilson) thinks he's finally found the perfect girlfriend, the beautiful Jenny Johnson (Uma Thurman) – who just happens to be the superhero, G-Girl. When Jenny becomes overly possessive, Matt wants to call it quits… but how do you break up with a woman who can fly, lift cars, and burn holes through steel with her thermal vision? A scorned woman, Jenny unleashes the full fury of her super-powered wrath as she tries to bust up Matt's new romance with his co-worker Hannah Lewis (Anna Faris). Matt broke Jenny's heart. Now, she's about to break his everything.