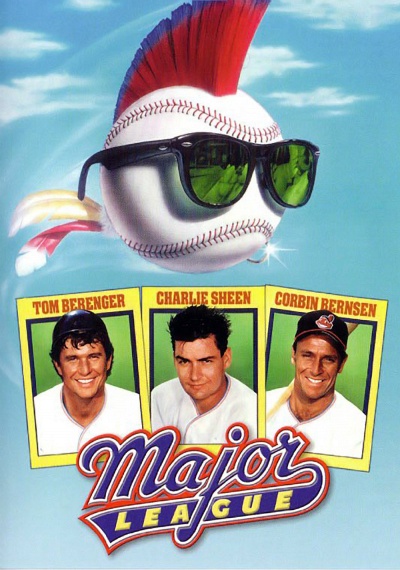 Inheriting the Cleveland Indians baseball team from her late husband, covetous ex-showgirl Rachel Phelps (Margaret Whitton) wants to move the franchise to Miami, primarily to take advantage of the many personal perks she's been promised by that city. But Cleveland won't yield its lease on the Indians unless the year's attendance falls below 800,000. Figuring that chances for this are already good given Cleveland's inability to win a pennant, Phelps tries to make doubly certain that the fans won't turn out by ordering the club manager to put together the worst team possible. The new players include has-been Jake Taylor (Tom Berenger), blind-as-a-bat pitcher Ricky Vaughn (Charlie Sheen), self-protective free agent Roger Dorn (Corbin Bernsen), and Willie Mays Hayes (Wesley Snipes), who is constitutionally incapable of hitting straight. Surprisingly, this band of misfits begins winning games, so Whitton decides to break their spirit by forcing them to fly from game to game in a World War II prop plane, assigning them a rickety old bus for road games, and divesting them of their precious whirlpool.Still, the team's talent and esprit de corps grows, especially after "Wild Thing" Ricky Vaughn dons a pair of glasses and is able to see where he's lobbing his 100-mile-an-hour pitches. Once the players are told that Phelps plans to dump them all whether they win the pennant or not, the team defiantly adopts an "us against the you-know-what" attitude. In a nailbiting 20-minute climax, the Indians face down their hated Yankee rivals in the pennant playoff game. The film's conclusion ties up several loose plot ends, notably the off-and-on romance between the irresponsible Berenger and his "ex" Lynn Wells (Rene Russo). Though set in Cleveland, Major League was filmed virtually in its entirety in Milwaukee, with the Brewers' play-by-play announcer Bob Uecker giving a terrific performance as the Indians' drink-besotted color commentator. The film represented not only the fictional comeback of the Cleveland Indians, but the actual comeback of producer/director David S. Ward, who'd been in a professional slump for several years. Though containing few surprises, Major League was a box-office smash, inspiring a 1994 sequel, inventively titled Major League II.