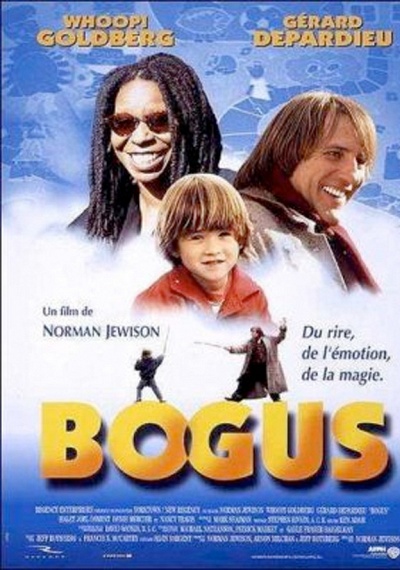 Just because you can't see something, does it mean it isn't there? Academy Award-winner Whoopi Goldberg ("Ghost," "Sister Act"), Oscar and Golden Globe nominee Haley Joel Osment ("Artificial Intelligence: AI," "The Sixth Sense") and Oscar and Golden Globe winner Gerard Depardieu ("102 Dalmatians," "Green Card") star in this heartwarming comedy-fantasy that explores the world of imagination and its healing powers. When Albert, a young orphan from Las Vegas, is sent to live with a foster mother in New Jersey, he brings with him his larger-than-life imaginary friend, Bogus. Invisible to everyone but Albert, Bogus acts as teacher, playmate and guardian angel as he leads Albert and his foster mother through an enlightening experience of imagination and trust.