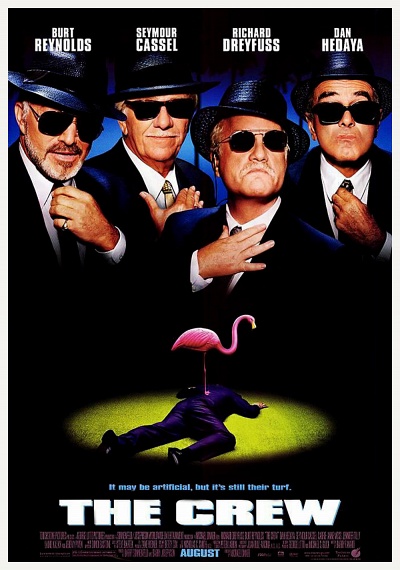 Four former made men (Reynolds, Cassell, Dreyfuss, and Hedaya), struggling to get by in a rundown Miami hotel, come up with a plot to drive out all of the young tenants that are slowly taking over the beach-front hotel and driving up their rent. Taking a man that was found dead on the beach, they arrange what appears to be a mob hit and provide a note that says more killings are to occur. Unfortunately the old man they use turns out to be the senile father of a druglord. The druglord declares war on the killers of his father, thinking it was an action of his enemies. A stripper (Jennifer Tilly) learns of the old men's involvement and threatens to squeal on them unless they kill her stepmother (Lainie Kazan). Meanwhile, one man (Dreyfuss) searches for his long-lost daughter, who is the investigating police officer (Carrie Anne Moss), trying to divest herself from her crumb fellow officer &former boyfriend (Jeremy Piven).