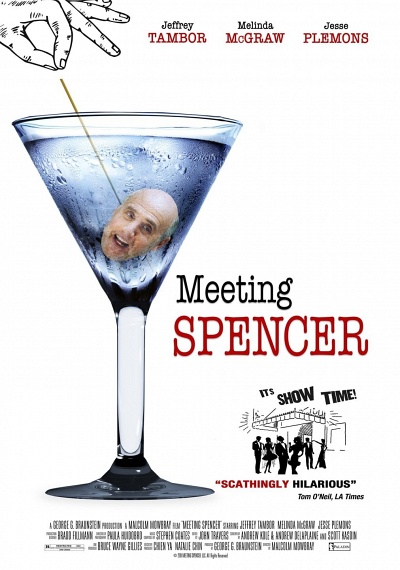 Meeting Spencer is a contemporary comedy that plays like a screwball farce while spying on the lives and entanglements of a coterie of Broadway insiders during one fateful night in Manhattan. Famed director Harris Chappell (Jeffrey Tambor) plans to relaunch his Broadway career after suffering a humiliating series of flops in Hollywood. He arrives at Frankie & Johnnie's restaurant anxious to see his former flame Didi (Melinda McGraw) and meet a struggling young actor, Spencer West (Jesse Plemons), as a favor to an old friend. A night of revelry and revelations proceeds as Chappell encounters a series of unexpected roadblocks. As his plans for a triumphant comeback spiral wildly out of control, he not only must doubt whether his highly anticipated new play will ever see the light of day, but he must begin to question his own sanity as well.