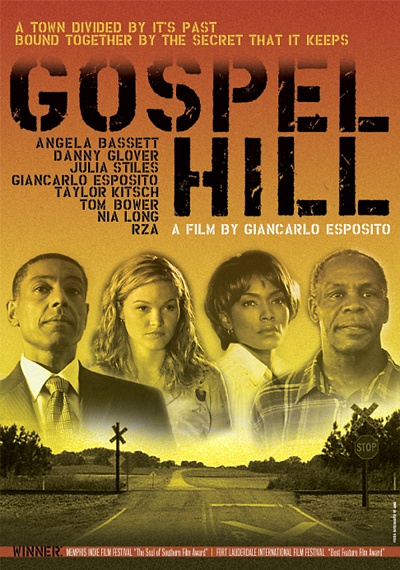 In the town of Julia, a town set in the South, the residents of the neighborhood of Gospel Hill are being forced out of their homes to make way for a multimillion-dollar development. Race relations are strained just as they were thirty years ago when Peter Malcolm (Samuel L. Jackson), a black civil rights activist, was assassinated. Dr. Ron Palmer (Giancarlo Esposito), an influential black community leader who runs the emergency clinic in Gospel Hill, is supporting the development through the prism of his own vision of success, while simultaneously being responsible for driving people from their homes they have lived in for generations. Peter Malcolm's brother, John Malcolm (Danny Glover), who withdrew from the community and the fight for civil rights after his brother's assassination, is haunted by the pain of what happened, and has given up the fight. Meanwhile, the towns bigoted, ex-sheriff, who was responsible for letting the investigation of Peter's murder dissipate with no one charged, is facing his own mortality and his own choices and hatreds to reflect on. Sarah Malcolm (Angela Bassett), John's wife, takes it upon herself to battle Dr. Palmer and reveal his profiteering to the whole town, exposing him for the greedy man he has become. These characters lives intertwine to create a gripping, revealing and dramatic tale touching on issues or race, imminent domain, and the power of the human spirit to overcome the pain and hatred of division.