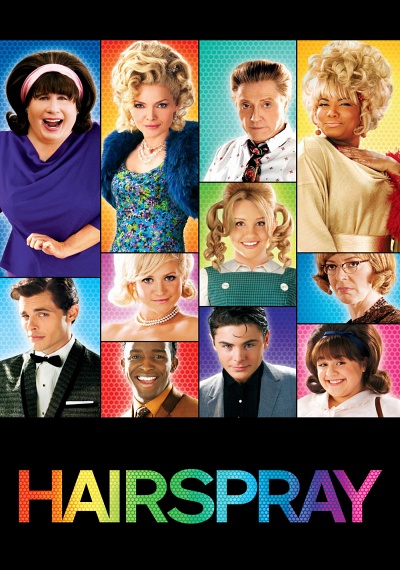 Adam Shankman's adaptation of the stage musical Hairspray, itself an adaptation of the non-musical John Waters film of the same name, stars Nikki Blonsky as Tracy Turnblad, an overweight high-school student whose only dream is to be on a local Baltimore teen dance program. While her father (Christopher Walken) tells her to follow her dreams, her mother Edna (John Travolta in drag) reminds her that she doesn't look like the girls on that show. After impressing the show's host (James Marsden), Tracy earns a coveted spot on the program, but when she becomes a popular addition to the cast, she earns the wrath of the prettiest girl in school -- a girl whose mother (Michelle Pfeiffer) just happens to operate the local television station. Tracy's visit to detention hall opens her eyes to the racial tension on the show, as does the budding relationship between her best friend (Amanda Bynes) and an African-American boy named Seaweed (Elijah Kelley). Thus empowered, Tracy attempts to integrate the races on her favorite program.