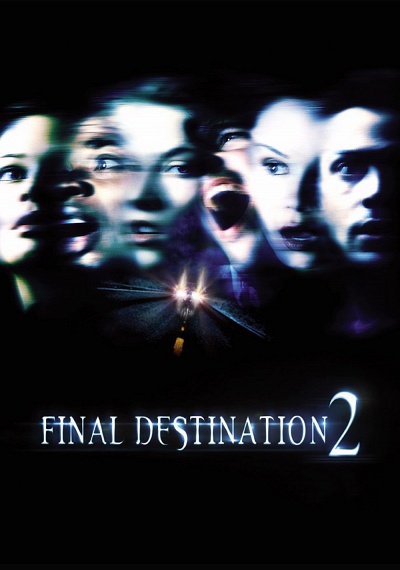 Death may be closer than it appears. Voluntarily locked away in the perceived safety of a psychiatric hospital, the lone survivor from "Final Destination" lives in constant fear that Death is coming to claim her. She may be considered crazy, but she is also right. Death is moving toward suburban Route 23, heading south in "Final Destination 2." Meanwhile, en route to a weekend getaway with her friends, Kimberly Corman has a terrible premonition. Shocked into action, Kimberly blocks traffic on a highway on-ramp. Drivers honk and complain, until death tears up the highway in a massive pile-up, with those left on the on-ramp narrowly escaping with their lives. But Kimberly knows it's not over: Death won't be cheated so easily. Now, this random group of strangers, who were all meant to die in the freeway disaster, must join Kimberly in a desperate attempt to stay alive.