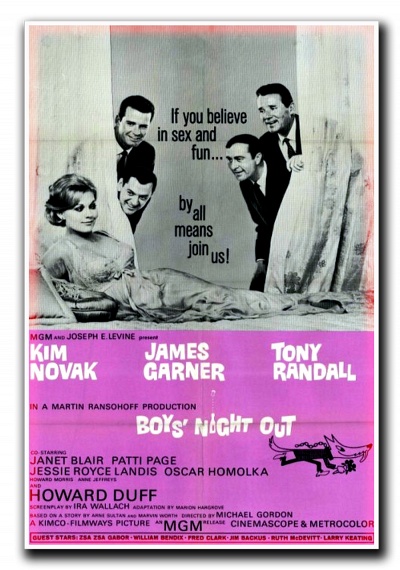 Bowling? Nope. Another round of beers? Yawn. Three married men and their divorced buddy want to try something more intriguing ontheir boys' night out: a boy's night in with a blonde tootsie in a secret love pad. Unknown to them, the tootsie is really adoctoral student researching the love life of the suburban male. And she proves her smarts by keeping all four relationshipsstrictly platonic, despite the boys' boasting to the contrary. Kim Novak, James Garner, Tony Randall and a starry supporting castpush all the funny buttons in this stylish comedy that (eventually) celebrates the virtues of marriage. Director Michael Gordondisplays the same sophisticated touch that made his Pillow Talk a model of the sex-farce genre.