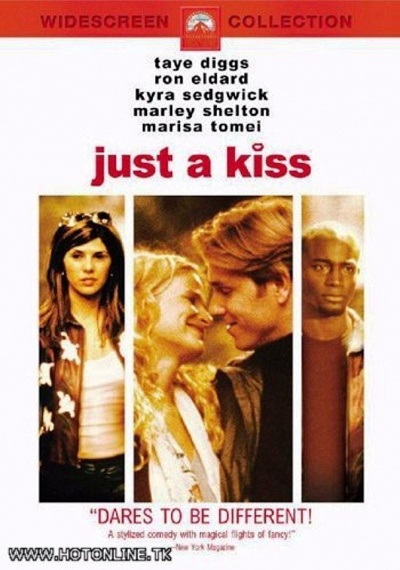 They say the heart goes where it will, and six people find theirs following a very complicated road map with a seventh creating some unexpected detours in this dark romantic comedy. Dag (Ron Eldard) is a successful director of television commercials who shares his home with his beautiful girlfriend, Halley (Kyra Sedgwick). Dag, however, has a serious case of roving eye and is given to frequent flings with other women. Halley tries to turn a blind eye to Dag's infidelity, but when she discovers he had a one-night stand with Rebecca (Marley Shelton), a beautiful but troubled dancer who is dating Dag's close friend Peter (Patrick Breen), she decides things have gone too far. Halley gives Dag his walking papers and she soon makes the acquaintance of Andre (Taye Diggs), a very handsome and well-mannered classical musician. Andre, however, is married to Colleen (Sarita Choudhury), a woman with exotic sexual tastes who meets up with Peter, now suddenly without a girlfriend, on an airline flight. Meanwhile, Peter's very angry confrontation with Dag attracts the attention of Paula (Marisa Tomei), a mysterious but very sexy woman who has taken a decidedly carnal interest in Peter. However, as Paula makes her way through Peter's daisy-chained circle of friends, events begin taking a strange turn as her new acquaintances begin dropping like flies. Just a Kiss was the first feature film directed by actor-turned-filmmaker Fisher Stevens.