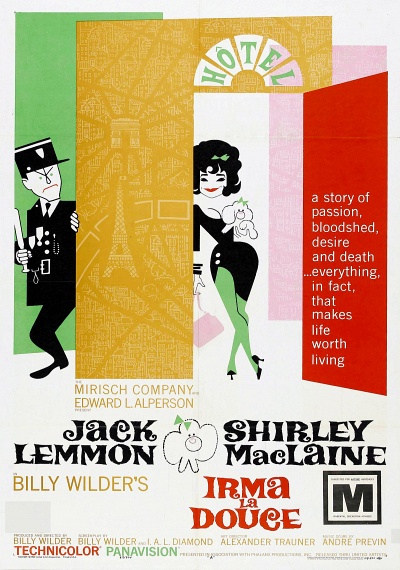 Nester Patou, a naive police officer, is transferred to the red light district in Paris and organizes a raid on a dodgy hotel running as a brothel - inadvertently disrupting the corrupt system of the police and the pimps union, and netting his station superior. Fired from his job, Nester goes to the local bar for a drink and befriends a pretty young lady named Irma la Douce. Upon realizing she is a prostitute, Nester invents a crazy scheme to keep her from seeing other men.