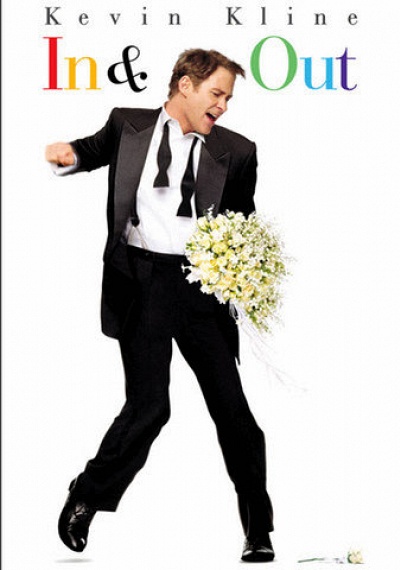 Welcome to Greenleaf, a picture-postcard Indiana town where the high school is the proud focus of attention and "alternative lifestyle" means you bowl on alternate Tuesdays. But on the night of the Oscars. telecast, the town's - and the world's - center of attention is Greenleaf teacher Howard Brackett. A former student who's now a superstar actor tells an audience of millions that Howard is gay. Poor Howard. He's outted when he didn't know he was in! Kevin Kline plays stunned Howard, scrambling to go forth with his wedding to devoted Emily (Joan Cusack) and doing his frantic best to assert his manliness. With clever dialogue, antic situations and a stellar cast that includes Matt Dillon, Tom Selleck, Debbie Reynolds and Bob Newhart, In & Out is out-and-out fun!