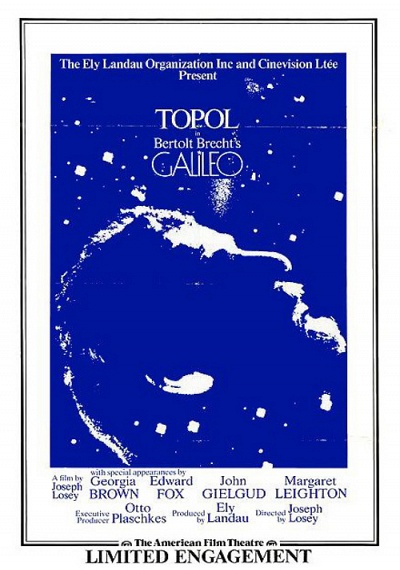 Challenged by a new student, tutor and theorist Galileo co-opts emerging telescope technology and discovers irrefutable proof of the heretical notion that the earth is not the center of the universe. But in a rigid society ruled by an uneasy alliance of aristocracy and clergy already undermined by the Plague and the Reformation, science is a threat and enlightenment is a luxury. Faced with either death at the hands of the Inquisition or recantation to a hypocritical but all-powerful Papacy, Galileo must choose between his own life and the restless scientific curiosity that he has spurned family, friends, and wealth to pursue.