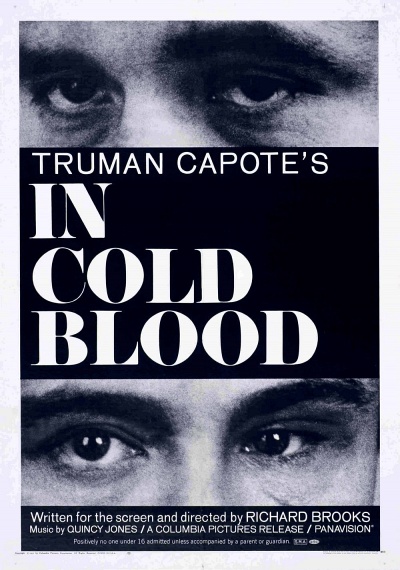 In Cold Blood is a 1967 film based on Truman Capote's book of the same name. Richard Brooks prepared the adaptation and directed the film. Some scenes were filmed on the locations of the original events, in Garden City and Holcomb, Kansas including the Clutter residence, the site of the murders.