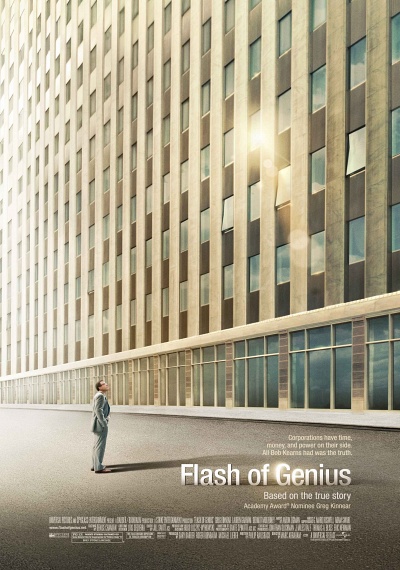 Academy Award® nominee Greg Kinnear stars in this inspiring true story about an ordinary man and his extraordinary fight against one of the most powerful corporations in the country. Dr. Robert Kearns (Kinnear) and his family are on their way to achieving the American Dream when he invents a device that can be used in every car in the world. But when an auto giant steals his idea, Robert does the unthinkable: He takes on the corporate titan in a battle nobody thinks he can win. Co-starring Alan Alda, Dermot Mulroney and Lauren Graham, it's the remarkable, feel-good journey critics are calling "hugely entertaining!" (Pete Hammond, Hollywood.com)