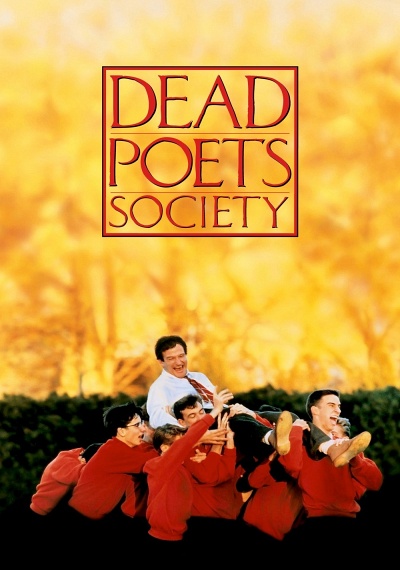 Robin Williams toned down his usually manic comic approach in this successful period drama. In 1959, the Welton Academy is a staid but well-respected prep school where education is a pragmatic and rather dull affair. Several of the students, however, have their thoughts on the learning process (and life itself) changed when a new teacher comes to the school. John Keating (Williams) is an unconventional educator who tears chapters of his textbooks and asks his students to stand on their desks to see the world from a new angle. Keating introduces his students to poetry, and his free-thinking attitude and the liberating philosophies of the authors he introduces to his class have a profound effect on his students, especially Todd (Ethan Hawke), who would like to be a writer; Neil ( Robert Sean Leonard), who dreams of being an actor, despite the objections of his father; Knox (Josh Charles), a hopeless romantic; Steven (Allelon Ruggiero), an intellectual who learns to use his heart as well as his head; Charlie (Gale Hansen), who begins to lose his blasé attitude; unconventional Gerard (James Waterston); and practical Richard (Dylan Kussman). Keating urges his students to seize the day and live their lives boldly; but when this philosophy leads to an unexpected tragedy, headmaster Mr. Nolan (Norman Lloyd) fires Keating, and his students leap to his defense. Dead Poets Society was nominated for four Academy Awards, including Best Picture and Best Actor for Williams; it won one, for Tom Schulman's original screenplay.