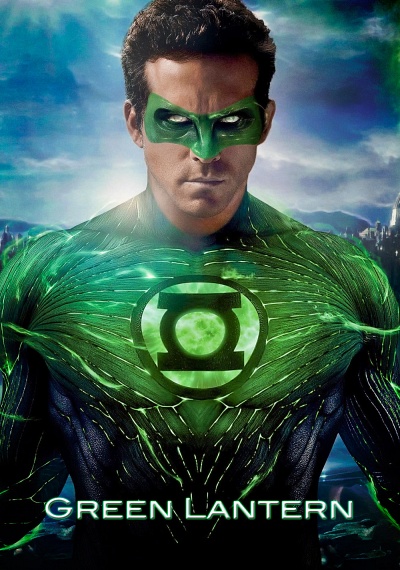 A test pilot embraces his destiny as a cosmic superhero in Casino Royale director Martin Campbell's adaptation of the popular DC Comics series. Ever since he saw his fearless father perish in a tragic aviation mishap, all Hal Jordan (Ryan Reynolds) could think about was flying -- it was the only thing the brash, cocky, and irresponsible test pilot ever truly excelled at. Little did he realize he was destined for something much bigger. Somewhere out in space, a powerful force of evil known as Parallax is spreading fear and destruction; the only hope for defeating Parallax is the Green Lantern Corps, a group of intergalactic warriors powered by the force of will. When legendary Green Lantern Abin Sur (Temuera Morrison) is sent hurtling toward planet Earth after a deadly encounter with Parallax, his ring chooses Hal to continue the fight. The ring spirits our hero away to the Green Lantern's home planet of Oa for training. The first human ever to receive the honor of becoming a Green Lantern, Hal is viewed with scorn by the league's leader, Sinestro (Mark Strong), who trains him alongside the hulking Kilowog (voice of Michael Clarke Duncan). Later, on planet Earth, frail scientist Hector Hammond (Peter Sarsgaard) becomes infected with Parallax's evil while performing an autopsy on Abin Sur, and uses his newfound powers to stake claim on Carol Ferris (Blake Lively), Hal's lifelong friend and fellow test pilot. When Hal learns that Parallax plans to consume all life on Earth to gain the energy needed to conquer Oa, he begins looking inward for the courage to defeat the malevolent force and embrace his destiny as a super-powered peacekeeper.