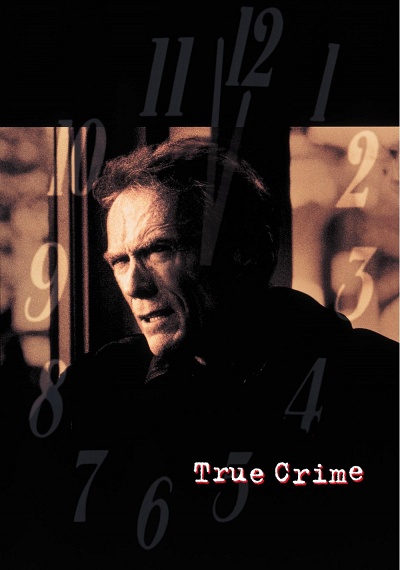 He's a boozer, a skirt chaser, a careless father. You could create your own list of veteran reporter Steve Everett's faults, but right now there isn't time. At San Quentin, a Death Row prisoner is scheduled to die at midnight - a man Everett has suddenly realized is innocent. In his 21st film as director and 41st as star, Clint Eastwood memorably plays Everett in True Crime, a savvy beat-the-clock thriller that "brims with more life than a single review can describe" (Henry Sheehan, Knight-Ridder Newspapers). Isaiah Washington, Denis Leary, Lisa Gay Hamilton, James Woods, Diane Venora and others in a razor-sharp ensemble populate this suspense tale that tightens to nerve-frying intensity intercutting the parallel stories of the inmate and Everett's scramble to save him ... and perhaps lift his own life out of the trash heap along the way. Everett is harried, determined and trying not to self-destruct as he probes the circumstances of a long-ago murder. And the clock is ticking.