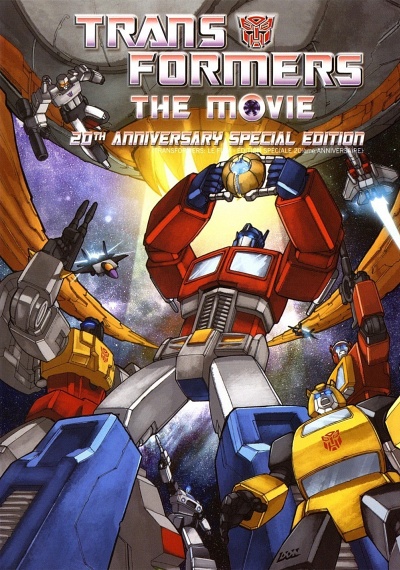 It is the year 2005. The war between The Autobots and Decepticons has escalated all the way to Cybertron, which the Decepticons have reclaimed. The Autobots, without Optimus Prime after a conflict on Earth takes his life, must now face a destiny they know nothing of. Megatron and a group of forsaken Decepticons have been reformed by the ultimate transformer, a planet consuming demon known as Unicron into even deadlier warriors. Now Galvatron, Scourge and Cyclonus must destroy The Autobot Matrix of Leadership for Unicron's glory or suffer the horrific destruction of Cybertron. However, Optimus Prime has decreed that an Autobot will rise from his rank and use the power of The Matrix to light the darkest hour of the Autobots. With Hot Rod facing responsibility for Prime's death, he feels he may be able to use the power of the Matrix to turn the tide of the Cybertronian Wars and stop Unicron. Until all are one, the future of the Autobots and Decepticons is uncertain.