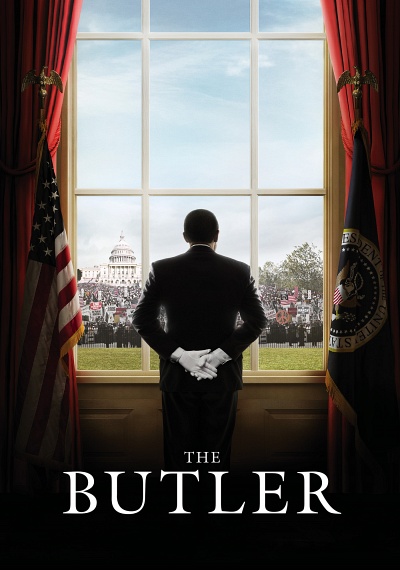 Set against the tumultuous political backdrop of 20th century America, Academy Award® nominated director Lee Daniels' (PRECIOUS) historical epic LEE DANIELS' THE BUTLER tells the story of White House butler Cecil Gaines (Forest Whitaker), who serves during seven presidential administrations between 1957 and 1986. Inspired by Wil Haygood's 2008 Washington Post article "A Butler Well Served by This Election" about the real life of former butler Eugene Allen, the film begins in 1924 with a young Cecil living in the fiercely segregated South and facing the tyranny of the region's prejudices. After years spent working in a hotel, Cecil is discovered by a White House employee, which leads to landing the opportunity of a lifetime: a job as a server at 1600 Pennsylvania Avenue. There, Cecil becomes a firsthand witness to history and the inner workings of the Oval Office as the civil rights movement unfolds. At the same time, he and his volatile but loving wife (Oprah Winfrey) must grapple with the rebellious spirit of their son Louis (David Oyelowo) whose tenacious hunger for activism and equal rights often puts him in dangerous situations – and at perpetual odds with his father. While Cecil remains fiercely committed to his duties at the White House and to providing for his family, his determination leads to increasing tensions between him and his anti-establishment son. Through the eyes and emotions of the Gaines family, Daniels' film follows the changing tides of American politics and race relations; from the assassinations of John F. Kennedy and Martin Luther King Jr., to the Freedom Riders and Black Panther movements, to the war in Vietnam and the Watergate scandal, Cecil experiences the effects of these events as both an insider and a family man. With an incredible supporting cast that includes John Cusack, Jane Fonda, Cuba Gooding Jr, Terrence Howard, Lenny Kravitz, James Marsden, Alex Pettyfer, Vanessa Redgrave, Alan Rickman, Liev Schreiber and Robin Williams, LEE DANIELS' THE BUTLER is a story about the resilience of one man, the growth of a nation, and the power of family.