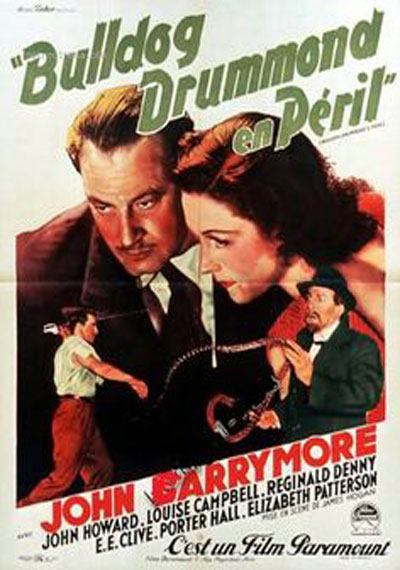 Bulldog Drummond's Peril (1938) stars John Howard as adventurer Hugh "Bulldog" Drummond and John Barrymore as his friend Col. Nielson of Scotland Yard. As Drummond and his fiancee Phyllis are about to tie the knot, when the theft of one of their wedding gifts -- a synthetic diamond, no less -- reveals the existence of a gang of international gem speculators who are willing to kill to control their market. The presence of character actors Reginald Denny, Porter Hall, Elizabeth Patterson (I Love Lucy), and Zeffie Tilbury add extra entertainment value to this fast-paced action thriller.