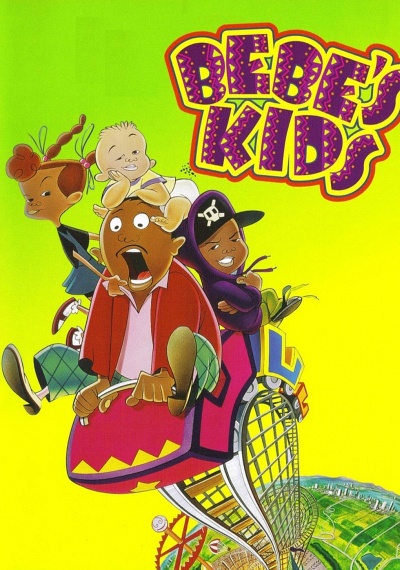 The first mainstream animated feature film directly aimed at African American audiences, Hyperion Productions' Bebe's Kids is based on a comedy routine by the late Robin Harris. Voiced by Faison Love, Harris endures a "date from hell" when he goes out with the lovely Jamika. His romantic rendezvous is ruined when he is stuck with Jamika's son-as well as Bebe's kids, three little horrors spawned from three different fathers. The worst of the batch is unhousebroken baby Peewee. The film manages within its 74 minute timeframe to skewer such topics as Hip-Hop music, urban riots and whitebread theme parks. Further proof that this is not a Disney flick was provided by the folks from the Motion Picture Production Code office, who bestowed a PG-13 rating upon the film. Bebe's Kids was released theatrically in tandem with the cartoon short Itsy Bitsy Spider, which was later spun off into a TV series.