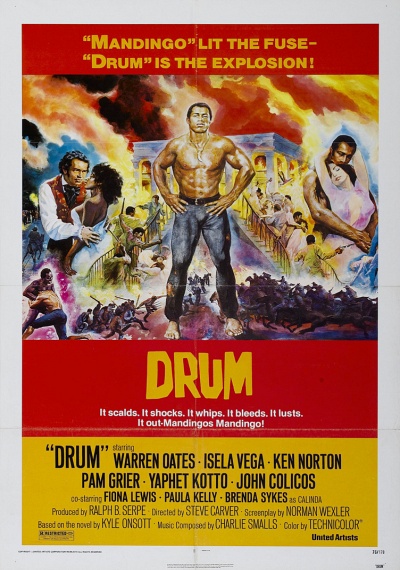 Drum is the 1976 sequel to the film Mandingo, and released by United Artists. Starring Warren Oates, Pam Grier (as Pamela Grier), and Ken Norton and directed by Steve Carver, it parodies nineteenth century American slavery like its predecessor. Like Mandingo, Drum was based on the Kyle Onstott novel of the same name.