The Mouse on the Moon 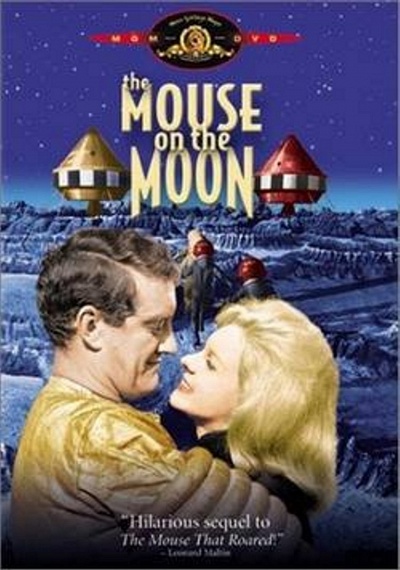 The natives are growing restless in the tiny country of Grand Fenwick! There's no indoor plumbing, no money to pay for it and no one's had a hot bath in ages! Facing a winter without warm water, the conniving Prime Minister convinces the U.S. government to give him a million-dollar grant by promising to use it for Grand Fenwick's space program. There's just one pesky problem: Grand Fenwick doesn't have a space program! But when a local crackpot professor discovers that the region's wine makes radical rocket fuel, the little nation determines to blast its way into the space race and land on the moon before the U.S., Russia or anyone else! Get ready for a spoof on space travel and political plotting that's so funny, it'll have you howling at the moon!