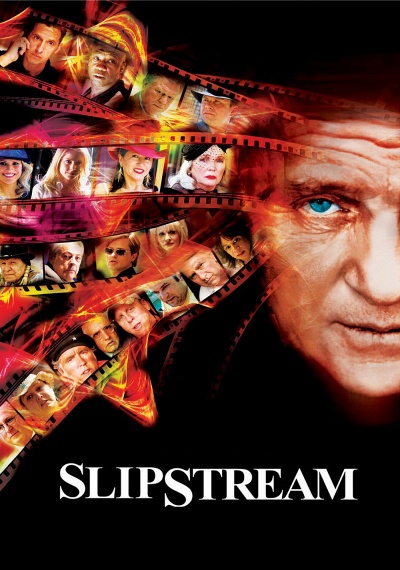 Aging screenwriter Felix Bonhoeffer has lived his life in two states of existence--the world of reality and the world inside his head. Hired to rewrite a murder mystery set in a desert diner and unaware that his brain is on the verge of implosion, Felix is politely baffled when the characters from his movie start showing up in his life and vice versa. Felix tries to maintain his equanimity as reality and fantasy collide in an increasingly whirling slipstream, while his memory banks fire off seemingly random references to songs and sci-fi movies from the Fifties.