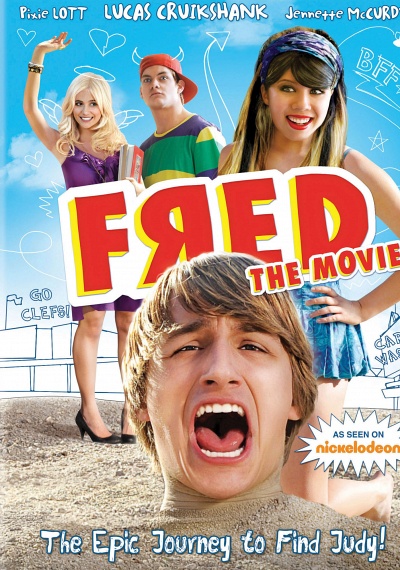 Fred: The Movie (stylized as FЯED: THE MOVIE) is a 2010 made-for-television independent comedy film written by David A. Goodman, directed by Clay Weiner, and produced by Brian Robbins and Gary Binkow.The film is based on the adventures of Fred Figglehorn, a character created and played by Lucas Cruikshank for Cruikshank's YouTube channel.The film casts Siobhan Fallon Hogan and John Cena as Fred's parentsand pop singer and actress Pixie Lott as Fred's crush.First optioned as a theatrical release in the United States,[11] the film instead premiered on Nickelodeon, a television channel,on September 18, 2010Fred Figglehorn has a crush on Judy, the girl next door. Fred's stalker, Kevin, lives across the street and thwarts each attempt Fred makes to see her. When Fred finally succeeds in making it to Judy's, he finds out she has moved so he embarks on a journey to find her.