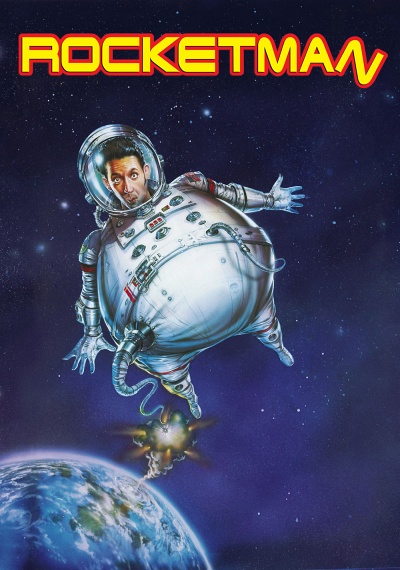 Blast off for outrageously funny space travel in this screwball comedy that spins wildly out of control all the way to Mars! Though he's a wiz with computers, accident-prone astro-nut Fred Randall (Harland Williams) is the last guy on Earth you'd want on the first manned mission to Mars. But as bad luck and poor timing would have it, that's exactly what happens, and Fred undergoes rigorous, if not hilarious, training at NASA. After that it's t-minus a reality check as Fred blasts off with the rest of the space shuttle crew: a cocky, no-nonsense Commander, a sexy Mission Specialist, and a mischievous space chimp named Ulysses. From the dizzying preflight foolishness to the even loonier landing, ROCKETMAN is the out-of-this-world comedy that's more than a go for launch ... it's go for laughs!