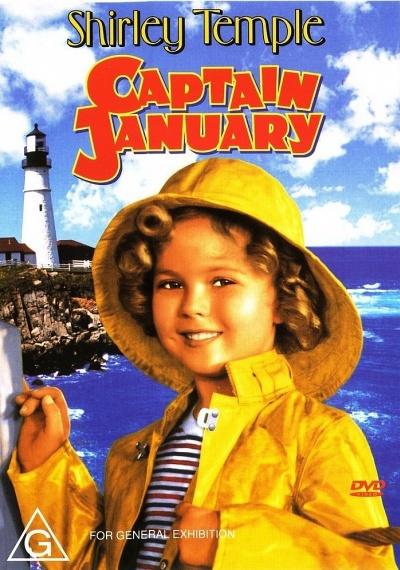 Previously filmed as a vehicle for Baby Peggy Montgomery in 1922, Laura E. Richard's Captain January was warmed up as a Shirley Temple picture 14 years later. Temple plays Star, a child of divorce who is looked after by crusty-but-lovable lighthouse keeper Captain January (Guy Kibbee). Truant officer Agatha Morgan (Sara Haden) determines that the Captain is not providing Star with suitable surroundings or a proper education, and before long our sobbing heroine is whisked away to a boarding school. She is rescued by kindly Mr. and Mrs. Morgan (George Irving and Nella Walker), distant relatives who try to provide the girl with a decent home, but the poor child still yearns for the company of Captain January and his friends Paul (Buddy Ebsen) and Nazro (Slim Summerville). All ends happily when January and his two chums are hired as crew members on the Morgans' yacht.