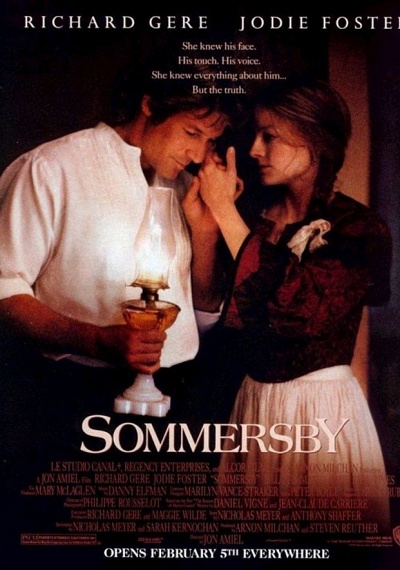 Superstar Richard Gere ("Primal Fear," "Final Analysis") and two-time Academy Award-winner Jodie Foster ("Contact," "The Silence of the Lambs," "The Accused") team up for an unforgettable romantic adventure. Gere stars as Jack Sommersby, a man who returns home from the war to reclaim his life, seven years after he was presumed dead. A dramatically changed man, Sommersby soon brings his town back to prosperity and turns his once bitter marriage to Laurel (Foster) into a passionate romance. Yet suspicions arise that Sommersby may not be the man he says he is. Rolling Stone called this "Gere's most passionate performance since 'An Officer and a Gentleman'...Foster is extraordinary." Co-starring Oscar-nominee James Earl Jones and Bill Pullman ("While You Were Sleeping," "Casper").