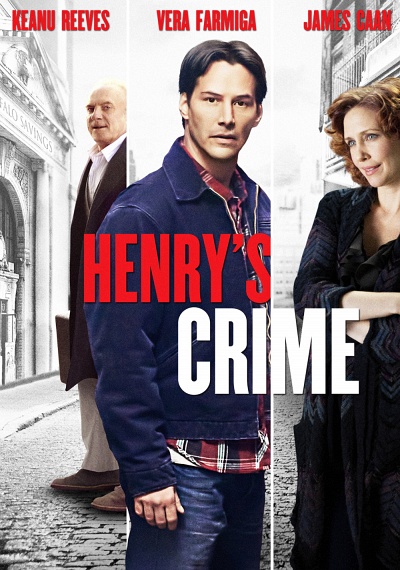 With a terrific cast led by Keanu Reeves, Vera Farmiga and a splendid James Caan, HENRY'S CRIME is a fun comedy with irresistible heist and heart. Reeves stars as Henry Torne, a wrongly accused man who winds up behind bars for a bank robbery he didn't commit. After befriending a charismatic lifer (Caan) in prison, Henry finds his purpose — having done the time, he decides he may as well do the crime. But his outlandish plan to rob the very same bank spins wildly out of control, as he finds himself performing in a stage play and falling in love with the production's seductive leading lady (Farmiga).