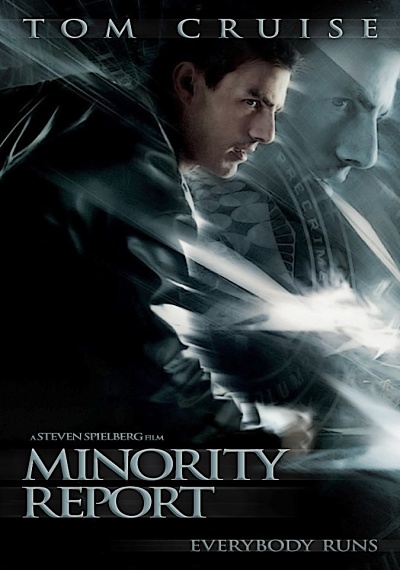 Based on a short story by the late Philip K. Dick, this science fiction-thriller reflects the writer's familiar preoccupation with themes of concealed identity and mind control. Tom Cruise stars as John Anderton, a Washington, D.C. detective in the year 2054. Anderton works for "Precrime," a special unit of the police department that arrests murderers before they have committed the actual crime. Precrime bases its work on the visions of three psychics or "precogs" whose prophecies of future events are never in error. When Anderton discovers that he has been identified as the future killer of a man he's never met, he is forced to become a fugitive from his own colleagues as he tries to uncover the mystery of the victim-to-be's identity. When he kidnaps Agatha (Samantha Morton), one of the precogs, he begins to formulate a theory about a possible frame-up from within his own department. Directed by Steven Spielberg, who hired a team of futurists to devise the film's numerous technologically advanced gadgets, Minority Report co-stars Colin Farrell, Max von Sydow, and Neal McDonough.