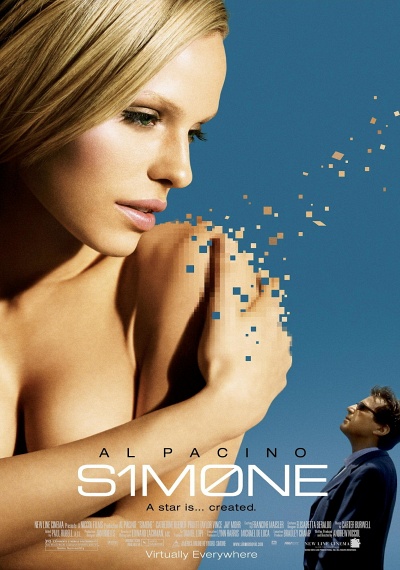 Critically acclaimed director Viktor Taransky (Academy award-winner Al Pacino - "The Godfather," "Scarface") has just lost his last shot at a comeback when his temperamental flesh and blood actress walked off his movie. Fired by his ex-wife and studio head, Taransky just lost any hope of recapturing his former life. But then computer genius Hank Aleno enters the picture. As his dying wish, Hank bequeaths software to Taransky that will change his life forever. Just a few key strokes and an overnight sensation is born: S1MØNE. S1MØNE is beautiful, she's talented, and she's virtually perfect in every wayexcept one. She's not real. Suddenly, Taransky has a taste of the success he always craved and the world's most beloved star under his thumb. Or does he? Starring Academy Award-nominee and Golden Globe-winner Winona Ryder ("The Age of Innocence," "Girl, Interrupted"), and Rachel Roberts (TV's "Ugly Betty," TV's "Entourage").