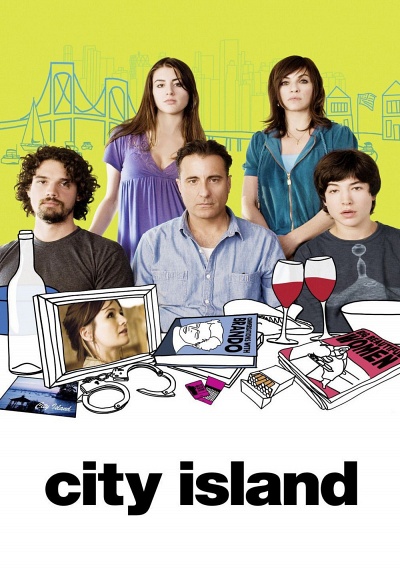 Meet the Rizzos, a family that might get along a lot better if only they could tell each other the truth. Dad Vince (Andy Garcia of OCEAN'S Franchise) is the worst offender. But since the prison guard won't even admit that "poker night" is in fact acting class, how's he ever going to explain his illegitimate son? His daughter works as a stripper when she's supposed to be in college, while young Vinnie Jr. (Ezra Miller of TV's CALIFORNICATION) has a secret sexual fetish that involves a 24-hour webcam and the family's 300-pound neighbor. Vince's wife Joyce (Julianna Margulies of TV's THE GOOD WIFE) is the family's rock, but it's been a year since she enjoyed intimacy with her husband, and it's no surprise she thinks "poker night" spells A-F-F-A-I-R. When former prisoner Tony (Steven Strait of STOP-LOSS) enters the Rizzos' lives, Joyce begins to suspect that the handsome young Tony isn't who Vince says he is. A perfect storm of deception, half truths, and confusion makes the family members realize that the truth may not set them free, but it is easier to keep track of than all their well-intentioned white lies.