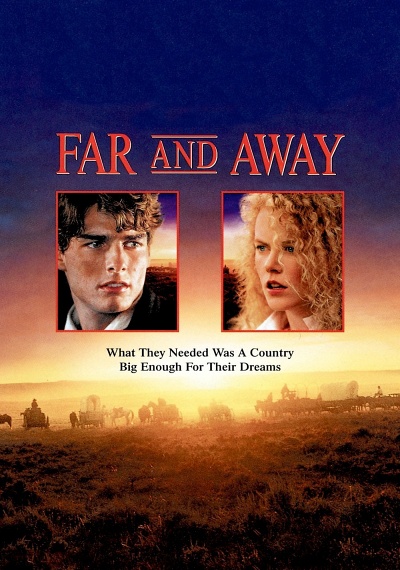 Tom Cruise and Nicole Kidman star in this critically-acclaimed romantic adventure from director Ron Howard. This breathtaking epic opens on the west coast of Ireland, 1892. Joseph Donelly (Cruise), a poor tenant farmer, is determined to bring justice to an oppressive landlord. Instead, he finds himself accompanying the landlord's daughter, Shannon (Kidman), to America in a quest for land. Arriving in Boston, Joseph finds a place for them to live while proving a natural at bare-fisted boxing. But his triumph is short-lived as he and Shannon are thrown out into the bitter cold. Joseph sets off for work on the railroad, until a passing wagon train reminds him of his original goal to possess his own land. Preparing to stake his claim in the new territory, he runs into Shannon who is unhappily reunited with her former fiance. In the excitement of the Oklahoma land rush, they realize their dreams of land and life together in this satisfying grand-scale adventure that WNCN Radio calls "Ron Howard's best film - a wondrous epic!"