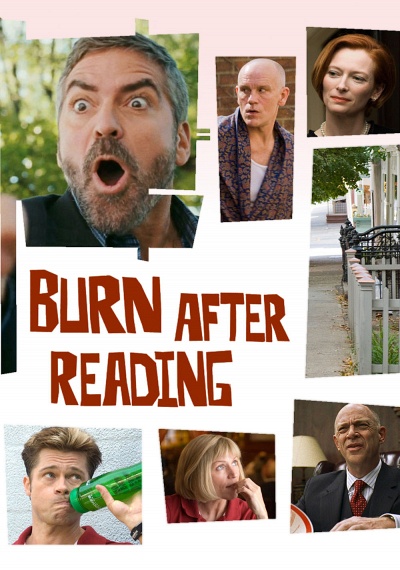 An all-star cast, including George Clooney, Brad Pitt, Frances McDormand, Tilda Swinton and John Malkovich, come together in this outrageous spy comedy about murder, blackmail, sex addiction and physical fitness! When a disc filled with some of the CIA's most irrelevant secrets gets in the hands of two determined, but dim-witted, gym employees, the duo are intent on exploiting their find. But since blackmail is a trade better left for the experts, events soon spiral out of everyone's and anyone's control, resulting in a non-stop series of hilarious encounters! From Joel and Ethan Coen, the Academy Award®-winning directors of No Country For Old Men and The Big Lebowski, comes this brilliantly clever and endlessly entertaining movie that critics are calling, "smart, funny, and original" (Ben Lyons, E!).