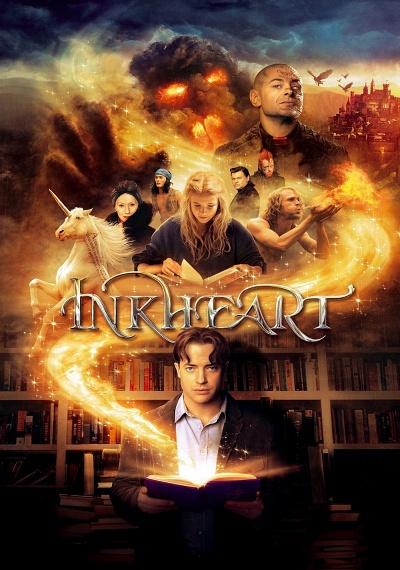 Ten-year-old Meggie's father, Mo "Silvertongue" (played by Brendan Fraser -- the "Mummy" franchise, "Journey to the Center of the Earth"), has a wonderful talent: When he reads aloud, the characters literally come to life, an ability he discovered when several terrible creatures sprang to life while he read from the story Inkheart. Silvertongue not only read several wicked characters out of the book, but he also read her mother in! He has been struggling to bring her mother back -- and now the evil Capricorn (Golden Globe-nominee Andy Serkis - "The Lord of the Rings" trilogy, "King Kong") plans to find a way to steal this amazing power for his own dark plans. Also starring, Paul Bettany ("A Beautiful Mind," "Firewall"), Academy Award and Golden Globe-winner Jim Broadbent ("Iris," TV's "Longford"), Eliza Bennett ("Nanny McPhee," "The Prince and Me") and Academy Award, Golden Globe and Emmy-winner Helen Mirren ("The Queen," TV's "Elizabeth I").