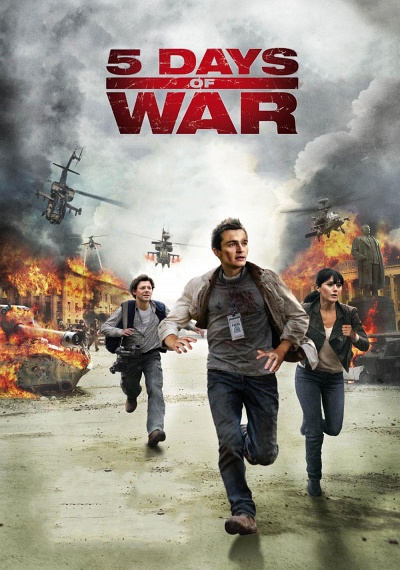 From acclaimed director Renny Harlin, 5 Days of War is an action-packed thriller that sheds light on the complicated politics and danger involved with exposing the truth during wartime. Inspired by the real events of the swift, but devastating, five-day war between Russia and the Georgian Republic in 2008, this vivid, heart-pounding film centers around a renegade American journalist (Rupert Friend of LULLABY FOR PI, THE YOUNG VICTORIA), his cameraman (Richard Coyle of PRINCE OF PERSIA: THE SANDS OF TIME), and a young schoolteacher (Emmanuelle Chriqui of TV's ENTOURAGE) caught in the combat zone during the first Russian airstrikes against Georgia. Attempting to broadcast the footage they've captured while under attack, they are met with resistance from international networks, fatigued by war news. The trio fights to live, and to live to tell the truth.