You Were Never Lovelier 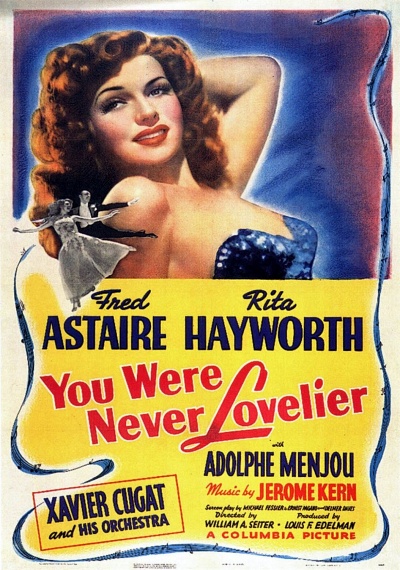 The Acunas, a rich Argentine family, have the tradition that the daughters have to get married in order, oldest first. When sister #1 gets married, sisters #3 and #4 put pressure on Maria, sister #2, because they have their husbands picked out already. But Maria hasn't yet met a man she likes. Eduardo Acuna, believing that men aren't romantic enough these days, sends his daughter flowers and anonymous love letters, creating a "mystery man" for her to fall in love with. He intends to pick out an appropriate beau for her later, to fill the role. But Robert Davis, an American dancer looking for work, stumbles into the picture. Maria falls for him, but the father does not approve.