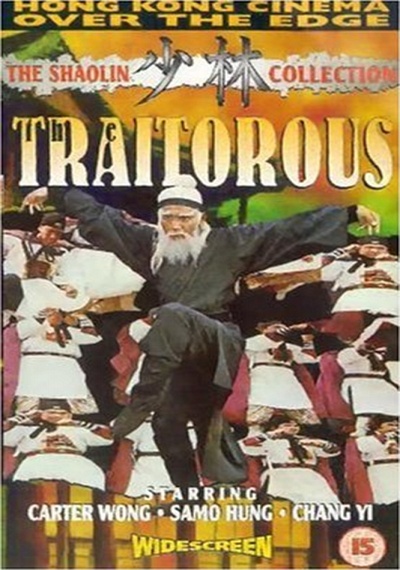 The plot is a standard revenge tale told in a concise manner that involves a boy witnessing his parents' murder at the hands of corrupt officials and growing up to achieve vengeance. The boy goes to Shaolin Temple to learn kung fu in a superb training sequence that ranks with some of the better-known Shaolin Temple scenes in kung fu cinema. By the time the boy has completed his training, he has grown up to be Carter Wong and soon sets out on his mission. He meets Polly Shang Kwan along the way and, after some initial antagonism, the two become allies and confront the villains. The bad guys employ a particularly clever maneuver involving dozens of imperial guardsmen performing a variety of formations on cue (including standing on each other's shoulders, three men high) as Sammo Hung bangs out different drumbeats. Sammo and Carter engage in a particularly exciting bout against the backdrop of a mountainous landscape midway through the film.