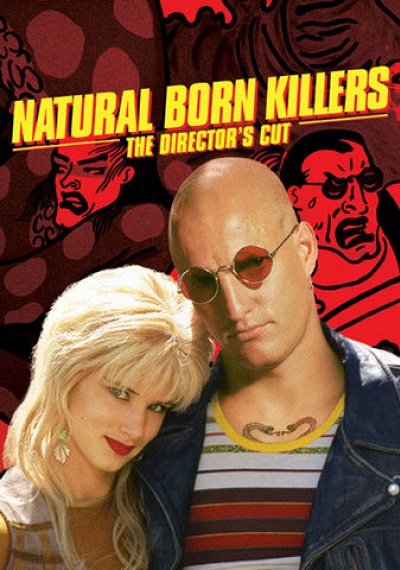 A frenetic, bloody look at mass murder and the mass media, director Oliver Stone's extremely controversial film divided critics and audiences with its mixture of over-the-top violence and bitter cultural satire. At the center of the film, written by Stone and Quentin Tarantino, among others, are Mickey (Woody Harrelson) and Mallory (Juliette Lewis), a young couple united by their desire for each other and their common love of violence. Together, they embark on a record-breaking, exceptionally gory killing spree that captivates the sensation-hungry tabloid media. Their fame is ensured by one newsman, Wayne Gale (Robert Downey, Jr.), who reports on Mickey and Mallory for his show, American Maniacs. Even the duo's eventual capture by the police only increases their notoriety, as Gale develops a plan for a Super Bowl Sunday interview that Mickey and Mallory twist to their own advantage. Visually overwhelming, Robert Richardson's hyperkinetic cinematography switches between documentary-style black-and-white, surveillance video, garishly colored psychedelia, and even animation in a rapid-fire fashion that mirrors the psychosis of the killers and the media-saturated culture that makes them popular heroes. The film's extreme violence -- numerous edits were required to win an R rating -- became a subject of debate, as some critics asserted that the film irresponsibly glorified its murderers and blamed the filmmakers for potentially inciting copy-cat killings. Defenders argued that the film attacks media obsession with violence and satirizes a sensationalistic, celebrity-obsessed society. Certain to provoke discussion, Natural Born Killers will thoroughly alienate many viewers with its shock tactics, chaotic approach, and disturbing subject matter, while others will value the combination of technical virtuosity and dark commentary on the modern American landscape.