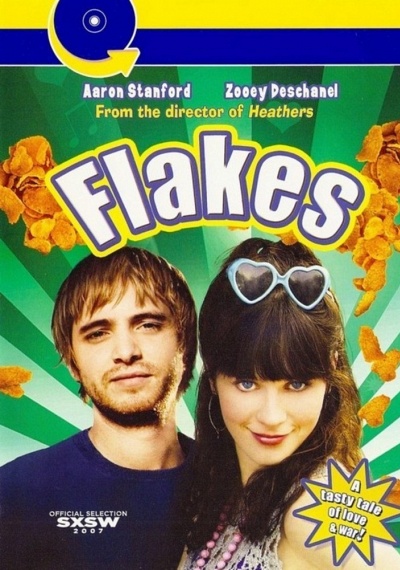 Neal (Aaron Stanford) will be a rockstar, Miss Pussy Katz (Zooey Deschanel) will be an art legend, and they will live forever in an Airstream trailer pulled by an El Dorado convertible. This isn't a dream – it's a plan. And Neal might have the goods for it. But he'll never know, because he spends way too much time working at Flakes, a bohemian cereal shop in New Orleans. It's very cool. And the most dead-end job in history. When a junior capitalist opens a rip-off version of Flakes right across the street, it means war for Neal. He gets sucked further and further in until Miss Pussy Katz realizes that to save their dreams, she must liberate Neal from his obsession. But even in victory, she sees that Neal will never live up to his promise. And when she finally gives up, it's Neal's turn to save the dream in this offbeat indie comedy from IFC.